Maria Costello MBE is to be the new TTRA President!

Hot off the press, it has just been announced that Maria Costello will be the first woman to be appointed President of the TTRA! All of us at CRMC congratulate her on this prestigious award and it will make her appearance as our Guest of Honour at the CRMC Trophy Presentation and dinner dance even more special - read more and book your place now! 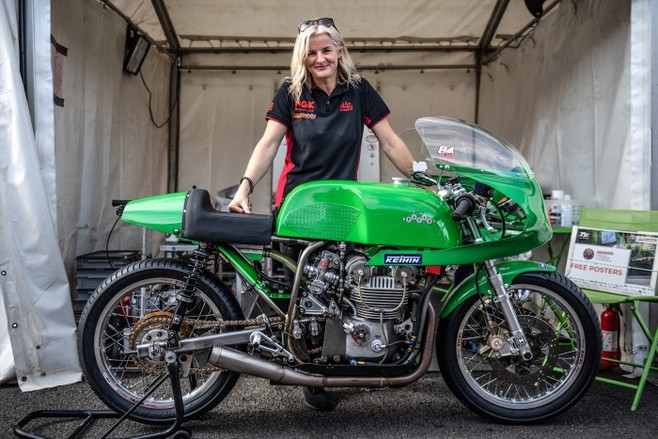 We'd heard a rumour that would be an exciting news announcement about Maria, so we are very pleased she will be joining us as our Guest of Honour at the CRMC Trophy Awards dinner dance on 1st December 2018.

Maria joins a veritable who's who of motorcycle racing celebrities as a TTRA President and is the first female president of the association. Previous winners include Freddie Frith, who was the first president, along with previous stars such as Charles Mortimer, John Surtees MBE, Joey Dunlop OBE and Nick Jefferies. Maria takes over from the current TTRA President, popular Manx-man Richard ‘Milky’ Quayle.

Maria has a keen interest in racing classic bikes and has achieved excellent results on the Isle of Man TT course, regularly finishing in the top ten and most notably finishing 3rd in the Senior Classic TT in 2016

This exciting news has just been announced, you can read more about it on Maria Costello's website here: http://costelloracing.com/maria-costello-blog/ and also on Bike Sport News here: http://www.bikesportnews.com/news/news-detail/costello-to-become-tt-riders-association-president

Book your place at the CRMC Trophy Presentation and dinner dance

We are taking bookings for the popular CRMC Trophy Presentation, which will be held at the Mercure Daventry Court Hotel on Saturday 1 December 2018. Guest of Honour Maria Costello MBE will be handing out the trophies to the winners.