The Annual General Meeting of the CRMC was held at the Mercure Daventry Court Hotel on Saturday, 1 December 2018 and was followed in the evening by the prize presentations and dinner dance, attended by Guest of Honour Maria Costello MBE. 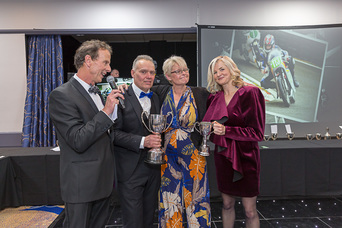 We'll update this post with more information from the AGM in the next few days, but for now here are a few items that were discussed in the meeting and immediately afterwards: